An ectopic thyroid is rare pathology without a specific etiology and it can produce dysphagia. This pathology was first described in 1869 for Hickman in a newborn. The thyroid gland begins its development during the third week of intrauterine life as a thickening of the endoderm in the midline on the floor of the pharynx between the first and second branchial arch. Later in 7th week reaches its final position anterior to the trachea. The lingual thyroid represents an alteration in the development, which results from a lack in the descent and migration of the thyroid in the embryonic period and this can be found in the midline usually, in a location that goes from the circumvallated papilla to the epiglottis. An incidence of 1:30000 to 1:100000 has been reported, however, in recent macroscopic and microscopic observations, thyroid tissue has been found in 10%. In relation to sex, it is more frequent in women than men with a ratio of 1:4 to 1:7. The 70% of cases are not other thyroid tissue. This clinical case report dysphagia caused by a lingual thyroid and surgical treatment is presented.

Among the largest endocrine glands in the body is the thyroid. Conventionally this gland is at same height as cricoid cartilage, sometimes it presents with ectopic tissue, may be from the tongue and even to the diaphragm. This tissue in the great majority of the occasions is in the base of the tongue, reports describe it like an ectopic tissue in up to 90% of cases [1]. However, the lingual thyroid is a rare abnormality; it is caused by the failure of the gland to descend in the early stages of embryonic formation. It originates from the epithelial tissue of the duct of the non-obliterated thyroglossal duct. The prevalence of the lingual thyroid is in 1 of each 250,000, it is more common in the female in proportion of 5: 1 [2].

The pathogenesis of this lesion is not well known, but it is believed to be associated with the presence of maternal anti-prototype immunoglobulins [3]. On clinical examination, sometimes this lesion could not be detected, although it may cause mild dysphagia to severe airway obstruction. The diagnosis is confirmed by the finding of thyroid tissue at the base of the tongue with a normal location of the gland Imaging studies such as magnetic resonance, ultrasound and tomography. Through a nuclear medicine study with tecnecio 99, the gland can be evaluated and the diagnosis complemented [4].

When the diagnosis of lingual thyroid is established, the treatment options are: suppression therapy with levothyroxine, radioactive iodine ablation or lingual thyroidectomy [5].The lingual thyroid is an infrequent abnormal development during embryogenesis of gland and its passage through the neck. Development of the gland begins on day 24 of intrauterine life on the floor of the hypopharynx and descends along with the hyoid bone and laryngeal cartilage.

Thyroglossal duct is a thin tube that connects the thyroid gland to the tongue and involves from the sixth to the eighth week of intrauterine life. The foramen caceum is the opening of this canal to the tongue. The lingual thyroid is the most frequent location of ectopic localization of the gland. Published in the literature there are more than 400 cases that present symptoms, although a high asymptomatic incidence.

Ectopic thyroid tissue may also be between the geniohyoid and the mylohyoid, which it is called the sublingual thyroid, over the hyoid (pre-laryngeal) bone and in much less frequent sites such as the mediastinum, heart, and lung.

This is a female patient of school age with an increase in volume at the tongue base that caused dysphagia and sickness. Patient presented with low weight and days in which she did not eat anything and only drink water. Physical examination revealed red mass, with well vascularized appearance at the base of tongue, slightly depressed and it is not local temperature increase or pulse. It was decided to hospitalize the patient to improve her general condition and to hydrate; the diagnosis was complete with computed tomography and thyroid profile. Contrast computed tomography shows absence of thyroid gland in its usual caudal cervical position (Figure 1), with only a soft-tissue mass is detected by the radiopharmaceutical. 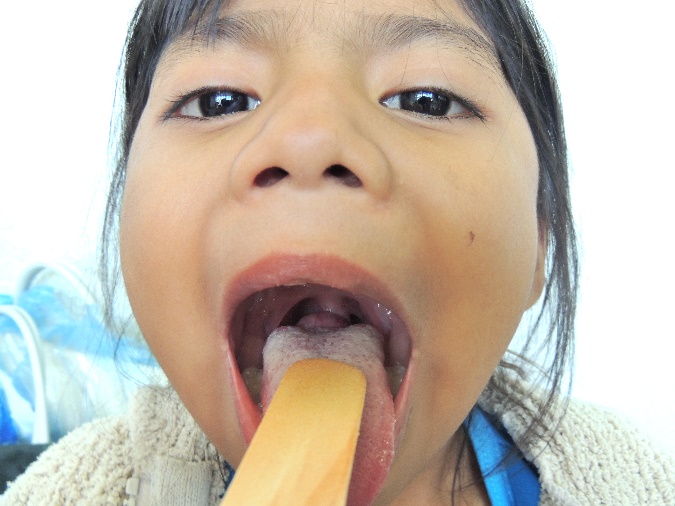 Figure 1: Clinical aspect of the lesion.

A thyroid scintigraphy with radiopharmaceutical (I131) was performed in the same way, which reports uptake into the ectopic tissue, which it is confirmed as thyroid tissue in ectopic localization. This together with the patient’s symptoms leads us to the decision to perform the surgical removal of the lingual thyroid tissue.

An extraoral, transhyoid approach was performed in order to remove the tissue from the base of the tongue, the suprahyoid muscles were dissected and the ectopic tissue was removed completely (Figures 2 and 3). It was sent to transoperative biopsy to confirm the finding and the diagnosis is confirmed. A reconstruction of tissues by planes was performed; (Figure 4) a nasogastric tube was placed for feeding. Subsequent to this, thyroid hormone replacement therapy begins, favorably evolving to such treatment without complications. Figure 4: Surgical aspect of the lesion.

Control exams are performed with replacement therapy, while maintaining euthyroid and proper nutrition, with dysphagia and malnutrition disappearing. No relapse was confirmed after 4 years of control (Figures 5-7). Figure 5: Surgical view after removal of the lesion. This pathology was first described in 1869 for Hickman in a newborn [6]. The embryogenesis of this pathology allows us to understand the pathophysiology that involves the formation of ectopic tissue of the gland. The thyroid usually descends through the foramen caceum of the tongue, passes through the hyoid and ends in its final position in front and to sides of the third and fourth tracheal rings as early at 7th week of intrauterine life. During the descent thyroglossal canal is kept open and then degenerates. Lingual thyroid is the result of a failure in descent, although today, the reason for this failure is unknown [7].

In children early detection and treatment of hypothyroidism are critical in relation with neurological and physical development of patients. On the other hand, it is necessary check high levels of TSH and low levels of T4 in blood are sufficient to detect congenital hypothyroidism. However, the lingual thyroid with a functional thyroid remnant may remain undiagnosed longer. In our case patient had elevated values of TSH and lows of T4, being observed absence of the thyroid in it is habitual place in the tomographic study.

The symptomatology of the patient, such as dysphagia, it is indicated total surgical resection. This severe symptom as a surgical indication, it has already been reported previously [8,9]. Thyroid ectopy is the most common cause of thyroid dysgenesis between 48% and 61%. Experimental models in mice, it shown that the Foxe1 gene is required for thyroid migration since mice homozygous for this mutation show a sublingual thyroid. The prevalence of the lingual thyroid is variable and occurs between adolescence the third decade of life, in our case was presented at 5 years much below the reported average [10]. Clinical symptoms are related to oropharyngeal obstruction such as dysphagia, such as in our case, chronic cough dysphonia and obstruction of the upper airway.

When it is suspected a case of thyroid lesions, it is necessary evaluation of thyroid function TSH T3 and T4 it should be considered within the study.

Additional imaging study, computed tomography shows a high sensitivity and specificity in detection of thyroid tissue, it is spontaneously hyperdensed by it is high iodine content, in our case this characteristic was not found in usual anatomical region of the thyroid, why it was suspected of the absence of this in cervical zone. In relation with management in our case was performed in a surgical manner we decided it because of the dysphagia and days of suppression food because thyroid mass in lingual base. Thyroid hormone suppression therapy has been reported in asymptomatic patients to decrease TSH levels and decrease hypertrophy of ectopic glandular mass and to avoid surgery by maintaining a checkup every 3 months for first year [11].

Lingual thyroid has variable clinical presentation, it being more common in women, it is frequently related to oropharyngeal obstruction, which may include dysphagia, dyspnea, dysphonia, widening of the neck, and obstructive sleep apnea [12]. These patients should be considered as difficult airway for intubation [13]. Up to 33% of the patients present with hypothyroidism findings, so it is essential that all patients have thyroid function tests and joint management with the endocrinologist. Performing a needle aspiration biopsy shows normal thyroid tissue [14].

Treatment may not be necessary when the lingual thyroid is asymptomatic and the patient has a euthyroid state, although due potential for malignization, complete surgical excision is recommended [15,16].

The lingual thyroid is relatively rare relationship however this it has reached 10% in a subclinical way. It is important early diagnosis especially in pediatric patients where neurodevelopment and growth may be affected, use of imaging study and patient’s clinic will determine both the evolution, as well as deciding when excising ectopic thyroid mass. When dysphagia, dyspnea, airway obstruction does not disappear and compromise patient’s integrity, surgical treatment is the right choice with hormone replacement therapy and periodic hormonal controls to guarantee normal development of these patients.

Lingual thyroid is a rare abnormality that represents a failure in migration of normal thyroid tissue however pathogenesis of this lesion is unknown. It is more common in women than in men. A complete examination is indispensable, but the most common symptoms are dysphagia and dysphonia. Studies include thyroid function tests, ultrasound, tomography, and nuclear medicine study. For the surgical procedure, the intraoral approach can sometimes be sufficient for the complete elimination of the lesion, although the approach through neck can give a better vision of the structures.

Between 30% and 60% of patients with ectopic thyroid go on to hypothyroidism with high levels of TSH. When considered the differential diagnosis should be considered lymphangioma, minor salivary gland tumors, midline brachial cysts, thyroglossal duct cyst, edpidermoid cysts and sebaceous cysts, adenoma, fibroma and lipoma.

Ablation therapy is an alternative in older patients or in those who cannot be operated. This modality of treatment should be avoided in children and young patients because the potential harmful effect to gonads and other organs.

Copyright: Liceaga-Reyes R, et al. ©2019. This is an open-access article distributed under the terms of the Creative Commons Attribution License, which permits unrestricted use, distribution, and reproduction in any medium, provided the original author and source are credited.